When it comes to video game production, most businesses used to concentrate on making games for consumers to play on their computers. Then they’d concentrate on consoles, and then other video gaming devices, until they got to smartphones. However, as the popularity of mobile games has grown, gaming businesses are turning their attention to mobile game development.

It also helps that in-app purchases in mobile games are a lucrative revenue stream for many businesses. This encourages them to concentrate on game app development. According to WePC data, mobile games have been the largest income producer since 2022, followed by consoles and PCs.

If you want to develop a game for your smartphone, then it would be best to hire a mobile game app development company. Companies like App Design based in Dublin offers mobile games that are free to download and play. This makes it easy for creators to reach people who are interested in playing their games. However, if you already have a game on PC that you want to be adapted into an app, then you should consider hiring an android app developer who specializes in creating apps.

What are the current trends in game development that we might anticipate as a result of this significant change in focus? Let’s talk about it in this article.

1.Game Development Will Be More Consumer-Driven

Consumers no longer have no say or influence in the production of video games. Gaming firms are now expected to provide more than simply a pleasant and exciting experience to their customers. They want to be a part of the process and have their opinions heard about the kind of game and experience they desire.

Aside from that, people want to have a say in how a game is made, as well as what components work and which don’t. Take a look at Fortnite, a battle royale shooting game with a construction element.

If you compare the game’s initial release to what it is today, you will see that it has undergone significant alterations. Based on user feedback and suggestions, the creators are continually releasing updates, adding new features to the game, and eliminating those that don’t function. Because the creators listen to what players have to say and make the required improvements, Fortnite is one of the most popular games today.

2.Games that encourage competition or creativity

Another trend that will have an impact on gaming development is the popularity of games that encourage innovation and competitiveness. Because of the rise in gaming content providers and live streams, this is the case. Creators and broadcasters will find it much simpler to market games that encourage creativity or competitive gaming on their individual channels. Aside from that, players are more interested in viewing material from these sorts of games since it consistently produces exciting and engaging moments.

Why do you believe Minecraft is one of YouTube’s most popular games? It’s because gamers love it when broadcasters show off their skills in the game. They also utilize it as a means of learning how to emulate or mimic the work of these individuals.

Apart from the marketplace of indie builders there are other newbie creators who also can avail the benefit of epson printer generation and personalize their very own gaming characters. Even print outs of those can be taken without relying on 3rd parties or stores. Even the prevailing games may be modified with recognize to designing, developing items and assets, growing interactive environments to make sure loyalty and pride a number of the centered game enthusiasts.

Games like Mobile Legends, PUBG, and other competitive games, on the other hand, are popular content due to the many great and thrilling moments that these games bring.

This situation also demonstrates that video game titles now communicate with players in ways other than the game itself. A game may also communicate with people via other sorts of material, such as video. As a result, the more popular the game is among content producers, the more probable it is that more people will play it.

3.The gaming industry will continue to be dominated by mobile gaming

It’s also critical for gaming firms to recognize that the popularity of mobile games is only going to grow. One of the main reasons for this is that cellphones are more widely available than gaming consoles or computers. Because so many people use their cellphones to play games, mobile games are always on the increase.

What Are the Implications of These Gaming Trends for PC? 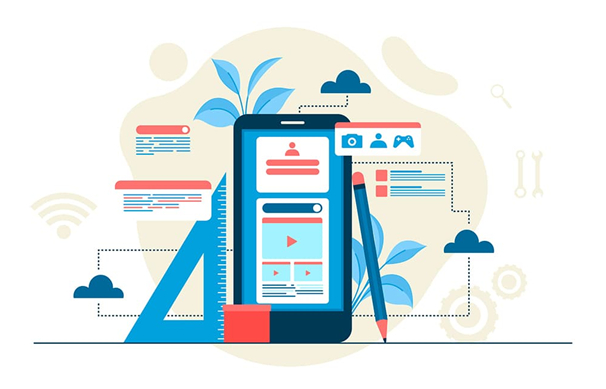 The fact that many gaming firms are focusing more on mobile games does not imply that PCs will be forgotten. Many firms continue to focus their game development efforts on PCs. If you want to create a game, no matter PC or mobile, for

for Whimsy, the main thing is the idea itself, which we will help to develop to the maximum.

Blizzard, for example, said last year that they will continue to make PC games. Since a result, PC games will not be left behind, as there are still a flood of amazing games being produced on the desktop.

It’s also worth noting that mobile games, even though they’re meant for smartphones, can be played on a PC. This is accomplished by using websites that provide ghost emulation, which allows you to download and install mobile games straight to your computer.

What is the Current Popularity Of Blockchain Development

Salesforce Testing: To Increase Quality of Your Salesforce Releases

How Does A Trading Platform Work?

Discovering the Most Optimal Place In Your Home For Your Router

PDF A Streak Of Tigers – General Terms And Conditions Worth Knowing

Techies In, 11 months ago